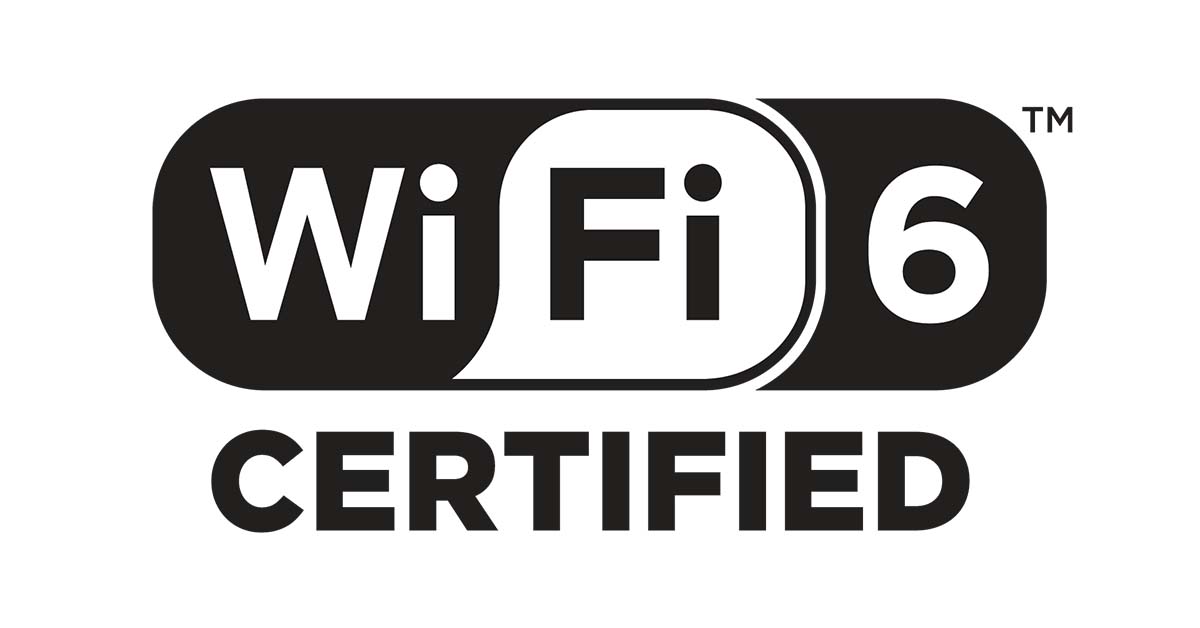 Many think that Wi-Fi 6 is all about speeds.

This is not true

Wi-Fi-6 is first about efficiency and then speed.

For one, it solves the limitations of earlier generations of Wi-Fi in high-density areas such as business centers and stadiums. In these high-density areas, the issue was never a lack of frequency spectrum but rather that of efficiently utilizing that spectrum.

Above all, it brings features like smart power usage by client devices facilitating mass IoT and industrial deployments.

So yes, Wi-Fi 6 is better than earlier generations of Wi-Fi standards because of some innovative features.

But what exactly are these innovative features?

Or even questioned: What is the difference between Wi-Fi 6 and Wi-Fi 6E?

But the information out there is confusing to understand these terms.

Rest assured, we have written this easy-to-understand guide to clarify everything about how Wi-Fi 6/6E works and help you make informed decisions about Wi-Fi 6/Wi-Fi 6E devices? 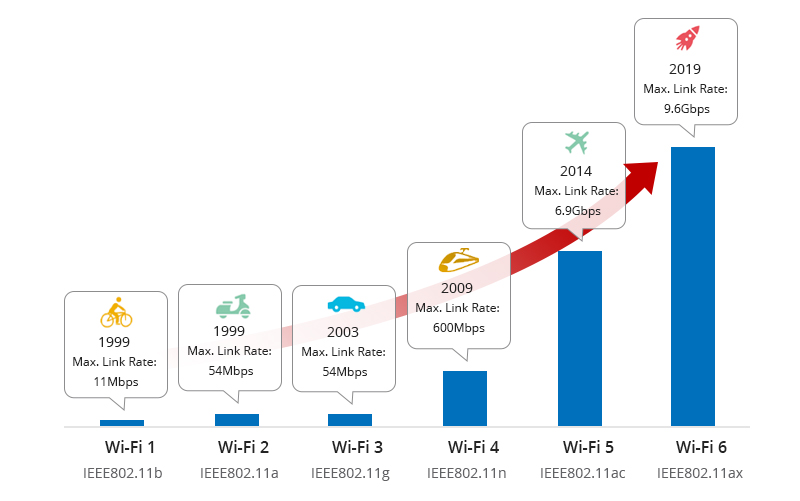 IEEE 802.11 standards have always focused on higher data rates, as shown above, but did not address “efficiency.”

Efficiency means an optimum way to utilize the available bandwidth with minimum latency. For example, even though “wider” channels like 40/80/160 MHz have been there since Wi-Fi 5 (IEEE 802.11ac) but a lack of a mechanism for multiple client stations to send traffic simultaneously severely affected the efficiency of Wi-Fi. A client has to wait before another client finishes sending and releasing the channel, thus creating unnecessary latency.

From Wi-Fi 1 to Wi-Fi 5, standards have done little to address this issue. Only with Wi-Fi 6 (IEEE 802.1ax), the industry has taken serious initiatives to solve the issue with techniques such as OFDMA and MU-MIMO (more on it in a while)

IEEE802.11ax/Wi-Fi 6, introduced in 2019, is a new Wi-Fi standard for wireless LAN networks (WLAN) and successor to IEEE802.11ac/ Wi-Fi 5. The standard focuses on increasing the efficiency of Wi-Fi networks in terms of latency improvement, but it also increases throughput-per-area.

What is Wi-Fi 6E? What is the difference between WiFi-6 and Wi-Fi 6E?

Wi-Fi 6E is an extension of Wi-Fi 6 that additionally operates in a 6 GHz band in addition to the 2.4 GHz and 5 GHz bands used by Wi-Fi 6.

In this section, we will discuss the top technology innovations in Wi-Fi 6, in particular OFDMA, MU-MIMO, WPA3, TWT, and 1024-QAM.

The features are the same in Wi-Fi 6 and Wi-Fi 6E, but for simplicity purposes, Wi-Fi 6 is mentioned instead of adding Wi-Fi 6E also to the description.

OFDMA partitions a Wi-Fi channel into a smaller sub-channel so that multiple users can transmit in parallel.

So how is OFDMA better than OFDM? 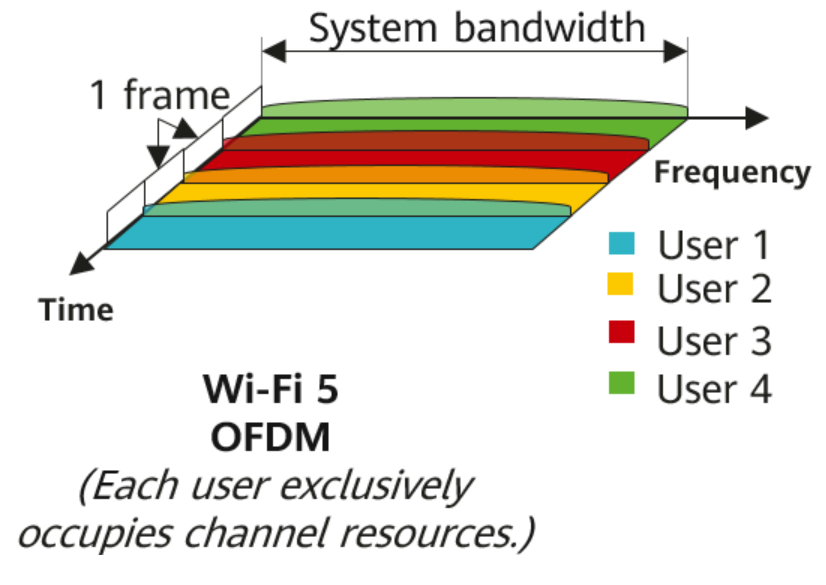 Compare this to OFDMA as below. The channel bandwidth is divided into multiple subcarriers, which are further divided into several groups based on RU type (Resource Unit). Each user can occupy multiple groups of RUs, which results in efficient utilization of bandwidth by multiple users at one time 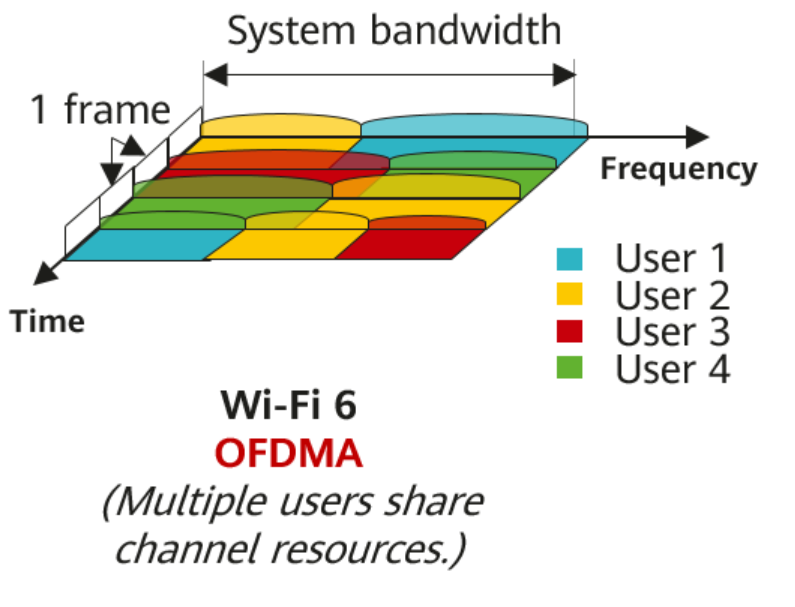 This is another breakthrough feature in Wi-Fi 6. With Mu MIMO, multiple users can communicate independently with the access point (AP)

You may be wondering what the difference is with the OFDMA as both enable multi-user access.

While OFDMA slices the spectrum so multiple users can use it, MU MIMO takes advantage of the multiple radio/antennas in AP to transmit independent spatial streams to multiple clients. In addition, if the client has multiple antennas, it can receive multiple streams. For example, a 2×2 client can receive and send two streams. The result is a huge increase in throughput.

Difference between OFDMA and MU-MIMO

Both OFDMA and MU-MIMO enable multi-user access, but each value adds in a different way; both can be used together for different reasons, as explained in the table below.

Table: Difference between OFDMA and MU-MIMO

There are two differences

Target Wake Time (TWT) is an interesting feature introduced in Wi-Fi 6. With TWT, a client remains inactive until it is supposed to transmit data using a scheduling scheme negotiated with the AP.

Think of it, using smartphones, tablet, IoT, and industrial devices consume battery when they are always on and connected to the AP, so with the TWT, the devices can go to inactive mode to conserve the battery and becomes active when it starts sending the data.

This feature is a game changer for the wide use of Wi-Fi in low-powered IoT and industrial device cases.

As much as Wi-Fi 6 increases the efficiency of Wi-Fi, It also increases the throughput through innovative modulation schemes like 1024-QAM.

However, there is a downside, too, Wi-Fi 6 radios will need to operate at a higher signal-to-noise ratio threshold (35 dBm or more) in order to use 1024-QAM modulation. This requires low noise and a need to operate closer to AP for the deployment of Wi-Fi 6.

Some of the prominent features of WPA3 include the use of SAE protocol, bigger session keys, and individualized data encryption and protection against brute force attacks.

Lanier is a leading manufacturer of network equipment for SDN, NFV, SD-WAN, and Open RAN and wireless networks. Lanner operates in the US through Whitebox Solutions (www.whiteboxsolution.com) 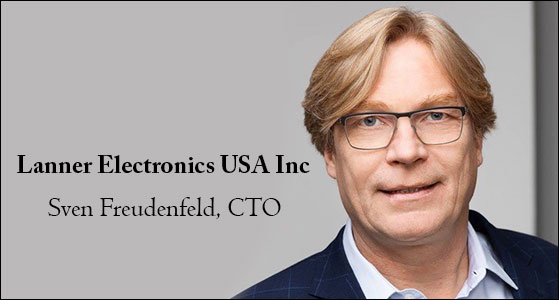 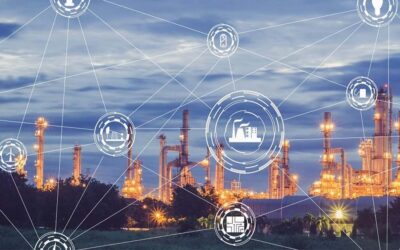 One of all the verticals for SD-WAN, the Oil & Gas industry stands to benefit from SD-WAN the most. And this is for several reasons: They...

END_OF_DOCUMENT_TOKEN_TO_BE_REPLACED 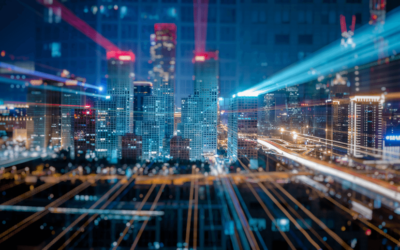 SRv6 has many use cases, with service chaining as one of the leading ones. In fact, many operators are moving away from the static and rigid service...

END_OF_DOCUMENT_TOKEN_TO_BE_REPLACED

SRv6 Tutorial- An easy Guide to how SRv6 works

Ever wondered what is segment routing and how SRv6 works? Are these technologies similar to MPLS or different? Why is SRv6 considered the most...